Warning: "continue" targeting switch is equivalent to "break". Did you mean to use "continue 2"? in /home/public/wp-content/themes/Divi/includes/builder/functions.php on line 5752
 The Last Aurochs | Borderless Trad
Close 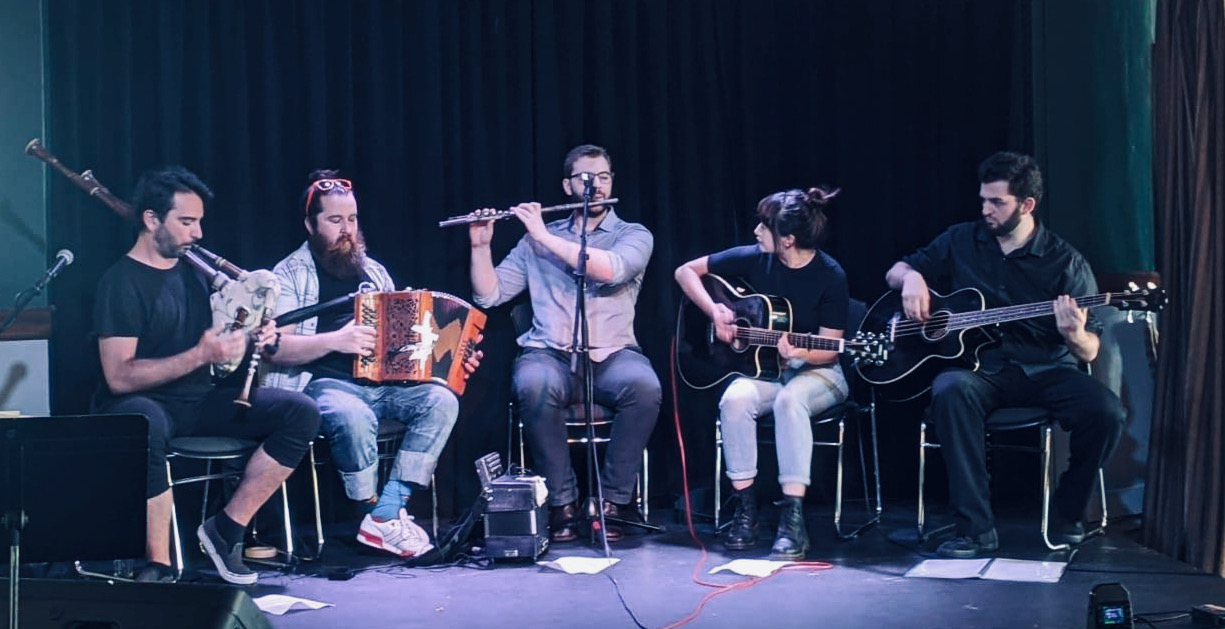 The Last Aurochs is a gathering of trad musicians from different backgrounds based in the Inner West, Sydney, Australia.

We play modern arrangements of traditional tunes from known and lesser known traditions such as Ireland, Scotland, France, Spain and Portugal, along with our own compositions and modern trad tunes.

Our name comes from the now extinct aurochs, the wild ancestor of domesticated cattle. The aurochs roamed most of Europe freely for centuries, until it was hunted to extinction. It represents the connections between different peoples as they hunted, worshiped, painted, and carved the aurochs for millennia.

There are no upcoming events at this time

we're back at leichhardt bowlo on saturday week with friends Kejafi 🏴󠁧󠁢󠁳󠁣󠁴󠁿 and some secret new percussion...🥁🐂 come down and check it out!

your favourite prehistoric supercow band is back! before some sick scottish tunes courtesy of the amazing @kejafi.music
facebook event: https://www.facebook.com/events/1085406138557581
ticket sales: www.trybooking.com/681487 ...

grab a cushion for your pew at our church gig tonight #irishandcelticmusicfestival ...

catch the guinnesstache trio live at the yass hotel before our gig tonight at #irishandcelticmusicfestival ...

We're off to the @irishandcelticmusicfestival ! A great line up, looking forward to seeing all the great acts and having tunes with so many friends @witchesleap #Seanchas #madkelpieplaydate #aislingvaughan #cameronmaher
Here's where/when to see us:
Fri 9.30pm Memorial Hall
Sat 6pm Lovat Chapel
Sun 9.30pm Memorial Hall All Stars Concert

Send us a message if you’d like to get in touch about a gig, festival, or event.

We would like to acknowledge the traditional custodians of this land, the Cadigal and Wangal people, and pay our respects to Elders past, present and emerging. We would also like to acknowledge all Australian Aboriginal and Torres Strait Islander peoples as the first inhabitants of the nation and the traditional custodians of the lands where we are fortunate enough to live, perform and compose our music.